Qualified teachers that offer precisely the right amount of linguistic support combined with flexibility. These are key ingredients in UCplus’ online Danish education. Being able to log on to the lessons from home provides flexibility, which is crucial for many course participants. But what is it really like to learn languages ​​online? We have spoken to both an online teacher and online course participants. 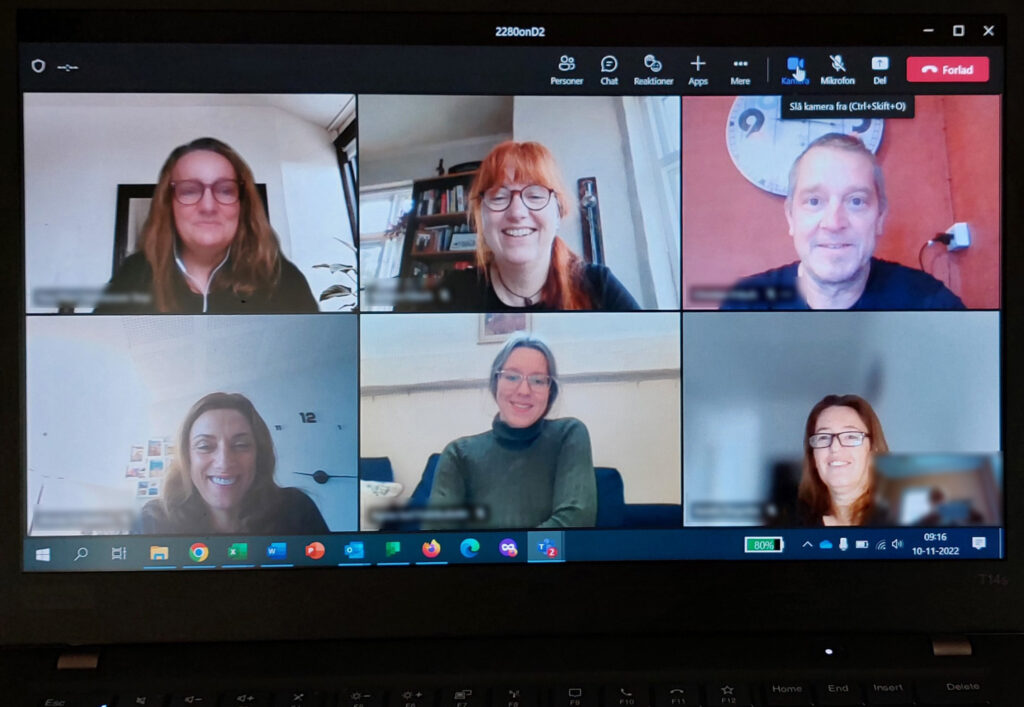 Every Monday and Thursday the online course participants log on for 2.5 hours of varied teaching.

Unlike many other teachers, language consultant at UCplus Tina Terp does not visit one of UCplus’ language centres. Tina’s workplace is at home in her private house because she is part of UCplus’ online teaching team.

The team consists of herself and two other teachers who are based in Aarhus and Aalborg, and every week they ensure that over 70 students can take the Official Danish Education online, and almost as many can follow FVU education from home.

Although Tina does not meet her students physically, due to the engaged way in which she teaches, she nevertheless gets close to them. And it is precisely this ‘closeness’ that helps students learn Danish, and seeing her students succeed, gives her joy at work every day.

“I have a lot of contact with the students. I write to them frequently, and when we have online classes, we always start with a round, where everyone talks about how they are and what they have been doing since the last time we were together online before we start with the topic of the day.”

This initial and informal chat creates a community feeling, and at the same time the students practice their Danish. And Tina is ready, both when the students need help with getting the Danish pronunciation in place, or when they need words. In the online chat, Tina gives tips about pronunciation, and she provides the vocabulary that the students need for the given topic. 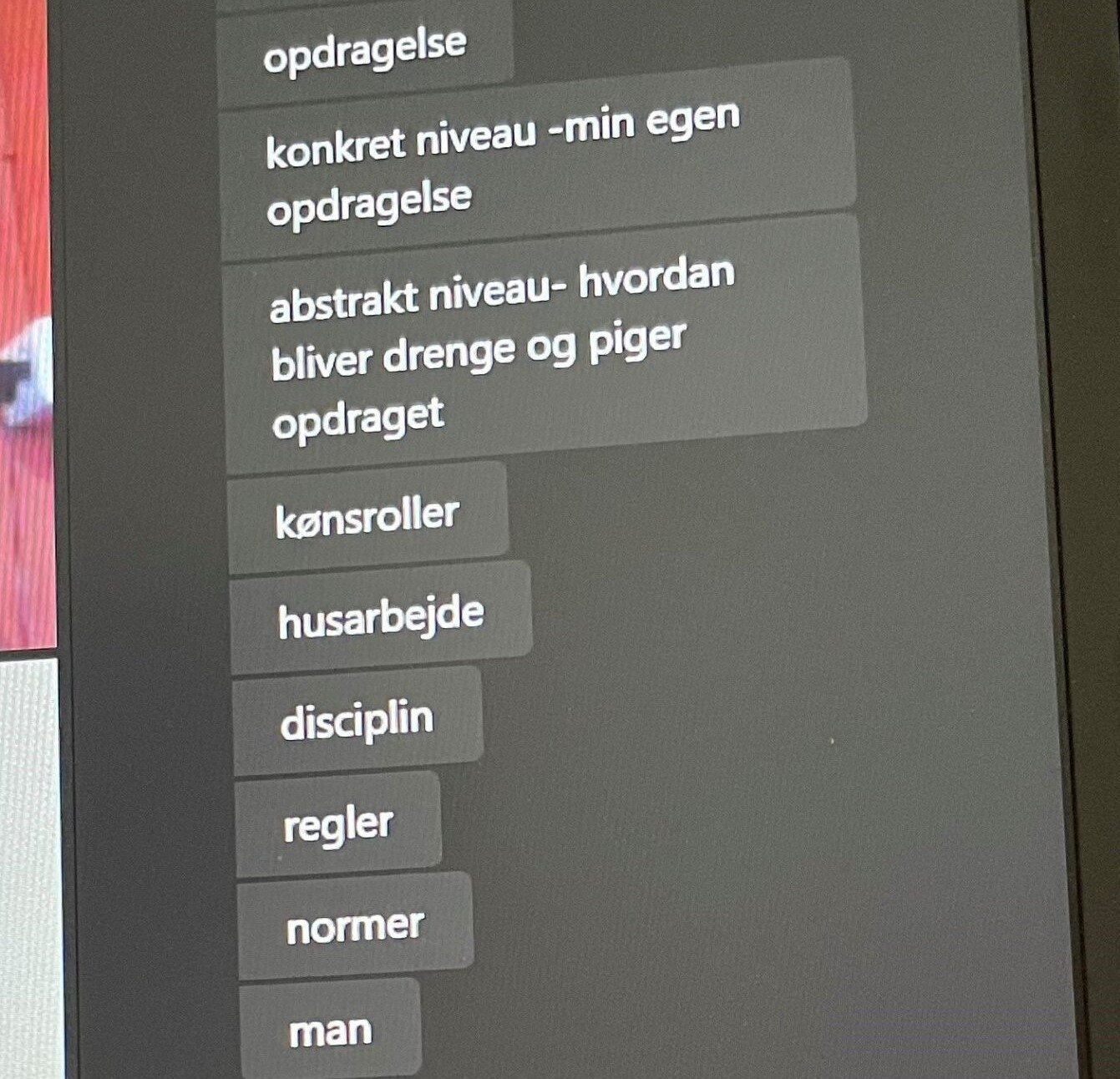 Durine the online lessons, the students get both help to improve their pronunciation and to expand their vocabulary.

Barbara and Christian Fritsch, who come from Germany, are two of the students that attend Tina’s online classes. And had it not been for UCplus’ offer of online education, it would have been almost impossible for them to take the Danish education because they live on Læsø.

Christian has been holidaying on Læsø for many years, and his love for the island led him and Barbara to buy a house on the island. As new residents, it has been natural for them to learn Danish. Both because they want to be able to talk to their neighbors and their other Danish friends on the island.

But also because they want to gain a better understanding of Danish songs. Because not only do they love Læsø, Christian and Barbara also perform as a singing duo, and they have expanded their music repertoire to include Danish songs. They are particularly fond of some of the classic sing-along songs, such as Kim Larsen’s ‘Papirsklip’ ​​or John Mogensen’s ‘As long as I live’.

When they finish 2.5 hours of online teaching, they are as tired as after a concert.

“It is very important that we practice and speak the language. And when we have classes online, we are very focused and concentrated,” says Barbara.

“It’s fairly easy to learn Danish grammar, but Danish has a lot of homonyms that you have to watch out for. And then the pronunciation is quite difficult to learn. But the teaching is really good and we learn a lot every single week.” 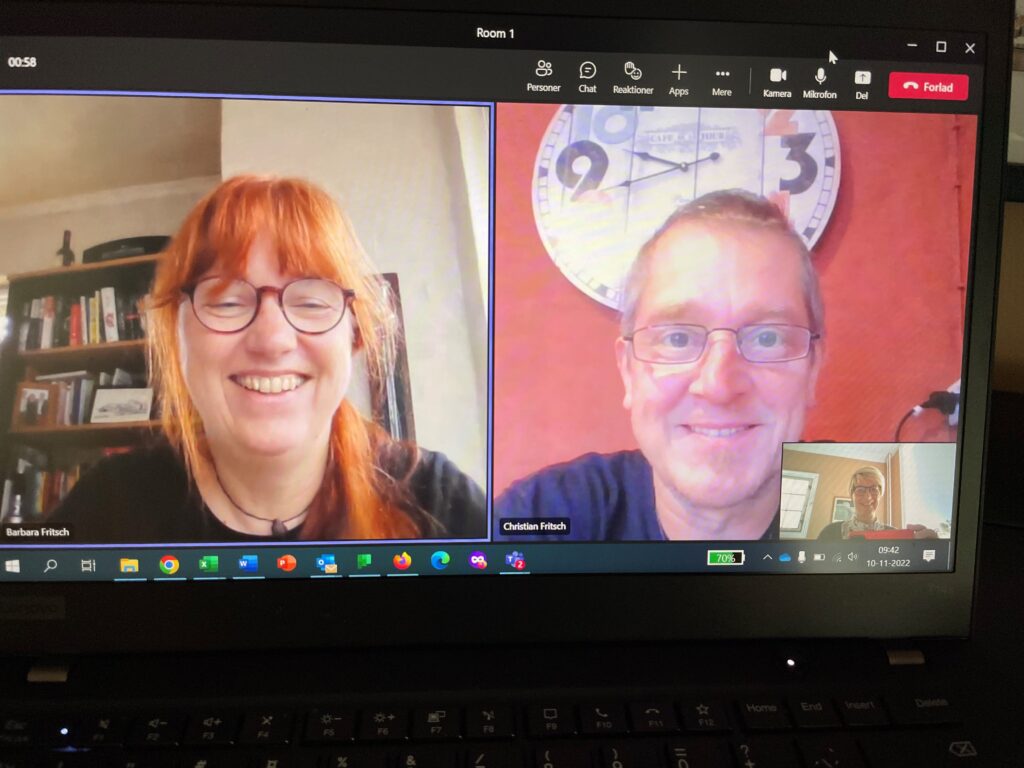 Christian and Barbara Fritsch have moved to the Danish island Læsø from Germany, and they use UCplus online tuition every week so that they can improve their Danish and can talk to the neighbors and sing Danish songs.

Do you also want to learn Danish online?

Or visit us at one of our 7 language centres