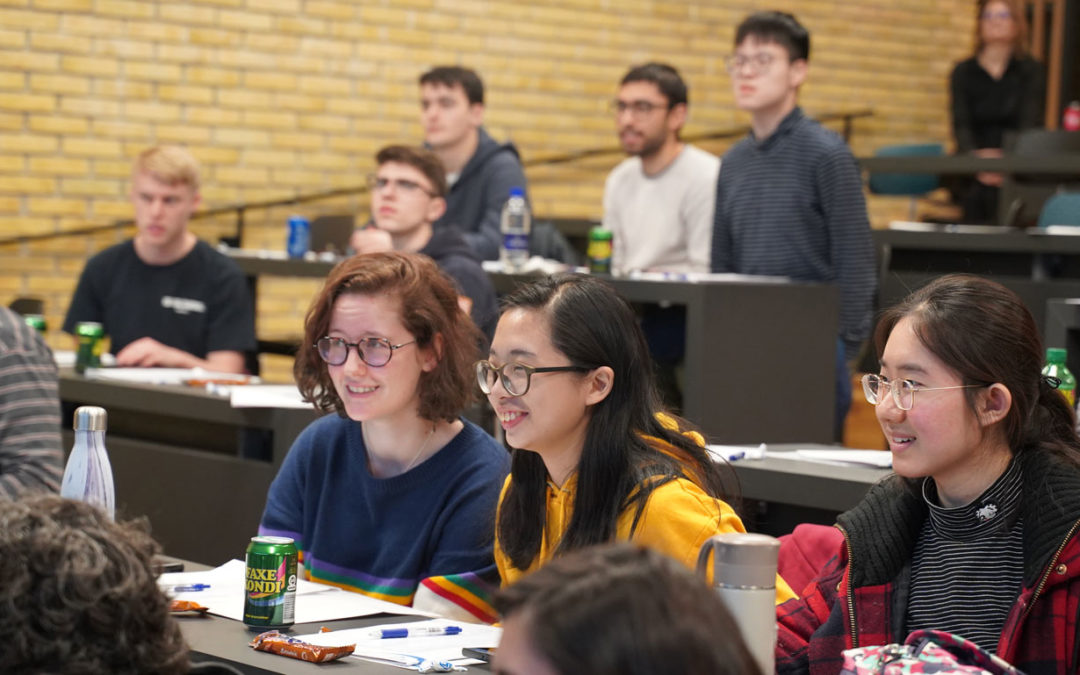 Right now, we give talks at universities and schools across the country. UCplus teachers meet with international students, giving them their very first Danish lesson.

Travelling is unpredictable. It often happens that international students change their minds and decide to stay a little longer. You might get involved with someone living in Denmark. You might find the job opportunities attractive here. You might have other reasons. Whatever makes you stay in Denmark you´ll enjoy your stay so much more if you speak the language. You will be capable of taking part in society and social events.

– But everybody speaks English…

We won’t lie to you. Most Danes do speak English. However, good jokes are still very often told in Danish. Small talk in the canteen seems endlessly boring if you don’t catch a word. Newspaper headlines are in Danish and signs and posters are mainly in Danish too.

– But Danish is such a difficult language to learn…

Which languages are difficult to learn depends on the learner. Danish is like English a Germanic language. The English word “egg” is actually the Danish word “æg”, which came to UK with the Vikings. You will most likely find many similarities between Danish and languages you have knowledge of.

Furthermore, learning Danish is having a good time with fellow students, we promise.

We teach Danish at: